They sought a fresh new adventure, and they were in for a big one. Every year, the Levesque family explores a different lake in their home state of Oregon. Branching out from their usual weekend boating territory—the Willamette and Columbia rivers around Portland—they’ve trailered their Sea Ray 175 Bow Rider everywhere from Prineville Lake in central Oregon to Lake Billy Chinook in the eastern part of the state. Last Labor Day weekend, the Levesques and their friends embraced the mother of Oregon lakes, a once-secret spot that’s becoming so popular, camping reservations must be secured months in advance.

Loon Lake is its name, and they found it well worth the nearly 200-mile drive from their home in Hillsboro, a suburb of Portland. “It’s a great place to boat and camp,” says Michelle Levesque. The lake offered her family a paradisaical retreat where they could lounge on a sandy beach, cruise their boat on deep, clear waters and commune with the surrounding natural beauty.

Joining Shawn and Michelle Levesque and their son, Brandon (14), were several of their friends from the Portland area: the Queeners, the Mackins and the Vandeheys, a group that added up to eight adults and three young’uns. Water skiing and tubing would thrill the adults and youngsters alike behind BrewSki, a Sea Ray that has served the Levesques well every summer since they caught the boating bug nine years ago. “Some friends had a boat, and we went on it with them a few times on the Willamette,” recalls Shawn. “We thought, ‘Gosh, this is a blast, we’ll get one!’” Their first and only boat, they bought the BrewSki at Trudeau’s Sea Ray in 1998. Following their example, some friends and Michelle’s dad also bought Sea Rays.

The Levesques find the 175 is just the right size for skiing and tubing. “You don’t have to have a really big boat to have a great time,” Michelle says. And Loon Lake gave them lots of space to ride the waves. Formed by a tumultuous landslide that plugged a creek with house-sized boulders, the narrow, S-shaped lake is two miles long, covering 260 acres and reaching depths of 190 feet.

Winding their way down the highway along the Umpqua River, the Levesques and their friends could have easily missed the unassuming sign reading “Loon Lake 7 Miles.” But once they got to the campground entrance, they knew they were in a magical place. They pulled through an entranceway flanked by huge rocks the size of condominiums. Greeted by the inviting scent of the giant Douglas-fir trees surrounding them, they took in the beautiful park, deep green lake, steep forested hillsides and several hundred feet of beach. According to Shawn, the beach sand is a human addition, trucked in from the Oregon coast. “In the big lumber years in the ’70s and ’80s, Douglas County put a ton of money into county parks,” he says. Giant rocks are all around, providing ample climbing opportunities, and some are astoundingly big. One of them, sitting right in the campground, is about 100 feet long and 25 feet tall, with old growth trees right on top of it. Others, right along the water, serve as lofty perches where visitors can enjoy the scenery or take a jump into the lake. “The parks down there are unbelievable,” Shawn adds.

The Loon Lake Recreation Site is gorgeous and downright spotless. It is well-maintained and offers amenities like hot showers, paved roads and picnic tables. There are only about 30 cabins on the entire lake, and most are only accessible by boat, helping to maintain the natural beauty for everyone to enjoy. An on-site barbecue pit made it easy for the Levesques to cook delicious meals, including homemade spaghetti one evening and breakfast burritos in the morning. “Nothing awakens your senses like fresh-brewed coffee and sausage cooking over a camp stove,” Michelle says.

While the lake offers nature at its best, campers aren’t exactly roughing it. If they run out of food or supplies, a convenience store awaits less than three miles away. “As far as I’m concerned, it’s the best beach and lake in Oregon,” says Shannon Mackin, who joined the Levesques on the trip. “It’s far enough away from reality, but close enough to run to the store.” There’s even an amphitheater, horseshoe pits and areas for playing all kinds of sports.

As the men and kids played a game of touch football, the women basked in the sun on the beach. On Oregon’s coast, the weather tends to be damp and cool, but Loon Lake is far enough inland to sustain warmer temperatures. Highs were in the 80s, and the water was warm enough for a comfortable swim. Morning revealed a light fog over the glassy lake, giving water-skiers a surreal sensation, like gliding over a cloud. “I have waterskied many places, and this is by far my favorite because of the sandy shore,” says Dave Queener. “The waves break on the shoreline quickly, providing great water most of the day.” Dave has visited Loon Lake nearly every summer for 35 years and has introduced many friends to it, including the Levesques. “It used to be a closely guarded secret for the locals, as we wanted to keep it all to ourselves,” says Dave, who used to live in nearby Reedsport. “Now, it seems that every time I mention the lake, someone says that they have been there and absolutely love it.”

En route to and from the recreation area, along a section of Oregon Highway 38, the group encountered a highlight of the trip. The Dean Creek Elk Viewing Area is a place set aside for watching free-roaming elk. “I mean, you can’t miss it,” Shawn says. “There they are!” They spotted a half-dozen of the gentle beasts, which stand as tall as 5 feet at the shoulder and weigh up to 1,100 pounds, making them Oregon’s largest land mammals. “We sat there for an hour just watching them,” Shawn says. “It’s really cool.”

Despite their tradition of hitting a different lake each summer, it’s a safe bet the Levesques will return to Loon Lake sometime soon. And no doubt, the BrewSki will be in tow. 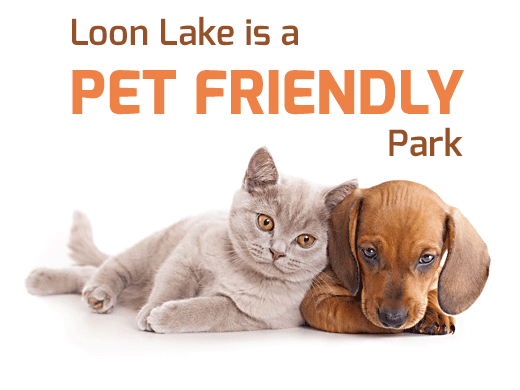