Of all the reasons people come to the Oregon coast, fishing ranks near the top of the list. The diverse geography makes for several different types of fish habitat from mountain lakes and streams to lazy rivers to estuaries that connect freshwater with the ocean. The result is ideal conditions for a variety of game fish including steelhead, rainbow trout and salmon. And as area river fishing reports show, the Umpqua River, one of the primary rivers of the Oregon coast, is a year-round fishing hot spot. Upqua River boating and kayaking are also popular with outdoor enthusiasts.

Located entirely within Douglas County about two thirds of the way down the Oregon coast, the Umpqua River, pronounced UHMP-kwah, flows just over 100 miles from its source in the Cascade mountain range to Winchester Bay on the coast where it empties into the Pacific. It is comprised of the North Umpqua River, which issues from Maidu Lake at elevation 5,980 feet in the Mount Thielsen Wilderness, and the South Umpqua River, which begins high in the Cascades north of Fish Mountain.

Maidu Lake, the source of the North Umpqua River is high enough in the Cascades to originate from snowmelt during the entire year. The melting snow is trapped in volcanic soil and pumice and released during the summer months, providing cool water, even with warm air temperatures. These conditions, which result in signature emerald green waters, are ideal for steelhead, the name given to rainbow trout that migrate to the ocean in their early life and return to their native streams to spawn.

Summer steelhead enter the river in May as water temperatures rise. These fish stay in the river over the summer to spawn in March of the next year. Winter steelhead, the more numerous of the two runs, start into the river as heavy rains cause it to rise, which usually occurs in November. Additionally, a summer steelhead fishery, considered one of the best on the West Coast, boosts the species population in the river.

Salmon also enter the river seasonally to spawn, and rainbow trout and cutthroat trout are also common. Brown trout are found in the upper reaches of the North Umpqua River.

Thirty-three miles of the North Umpqua River, from Rock Creek to Soda Springs has been designated an Oregon Wild and Scenic river, which means that development along the river is restricted or regulated as is the use of motorized equipment. All but two miles of this portion of the North Umpqua River is restricted to fly fishing only in the summer months.

The South Umpqua River joins the north branch approximately six miles northwest of Roseburg to form the main Umpqua River. From there it enters more populated terrain, often referred to as the Umpqua Valley.

The mainstream Umpqua River below Scottsburg and the Smith River occasionally is known to have striped bass up to 40 pounds. Green and white sturgeon also are found in this section of the Umpqua River, especially in the Gardener area.

Chinook or “King” salmon are found at the mouth of the Umpqu River and upriver as well. Their spring runs begin in February or March and continue into June. Spawning occurs in September and October. The fall chinook run starts early in September and the fish spawn almost immediately upon reaching their destination.

The smaller coho salmon, a favorite among sport fishing enthusiasts, are plentiful throughout the summer around Winchester Bay. They enter the river and tributary streams with the fall chinook.

Fishing conditions vary depending on weather and water levels. The News Review’s “Discover Douglas County.com” website has links to current river fishing reports and information. The Douglas County website has links to pages that provide helpful information about fishing the Umpqua River, including summaries of the different fish species and where they can be found in the river.

The Umpqua River has plenty to offer even if you aren’t into fishing. The North Umpqua has areas with ideal white water conditions, especially in the spring. Kayakers flock to the river from April to June to ride its rapids and fast-moving current and navigate boulders and columnar basalt chutes.

More relaxing boating can be found on other parts of the North Umpqua River. Access points include Lone Rock Wayside or Colliding Rivers in Glide; Whistler’s Bend Park off Highway 138, 15 miles east of Roseburg; Amacher Park off Highway 99 at Winchester; and Hestnes Landing, four miles west of Winchester.

The North Umpqua Ranger Station provides daily reports on fishing and boating conditions, as well as river levels. They can be reached at 541-496-3532.

In the spring, higher waters on the South Umpqua River above Tiller also offer exciting rafting and kayaking opportunities for experienced white-water paddlers.

Enjoy a Combination of Umpqua River Fishing and Boating

Why not get the best of both worlds with a trip that combines Umpqua River fishing and boating? Parts of the North Umpqua are ideal for driftboat fishing, and the South Umpqua River is an option for experienced boaters or those who hire a guide. Enjoy the feel of the water beneath you, and have access to those fishing hot spots that are difficult, if not impossible to reach without a boat.

Maybe you prefer to fish in the estuary where the Umpqua River meets the Pacific Ocean. Winchester Bay, located at the mouth of the Umpqua near the town of Reedsport is the largest recreational salmon port on the Oregon Coast. There are a number of charter companies with experienced captains to help you get the most of your fishing trip, or you can rent a boat and try your luck on your own.

Whether you prefer Umpqua River boating, fishing or a combination of both, there are many places to access the river and many businesses and resources to help you enjoy all that this wild and scenic river has to offer. 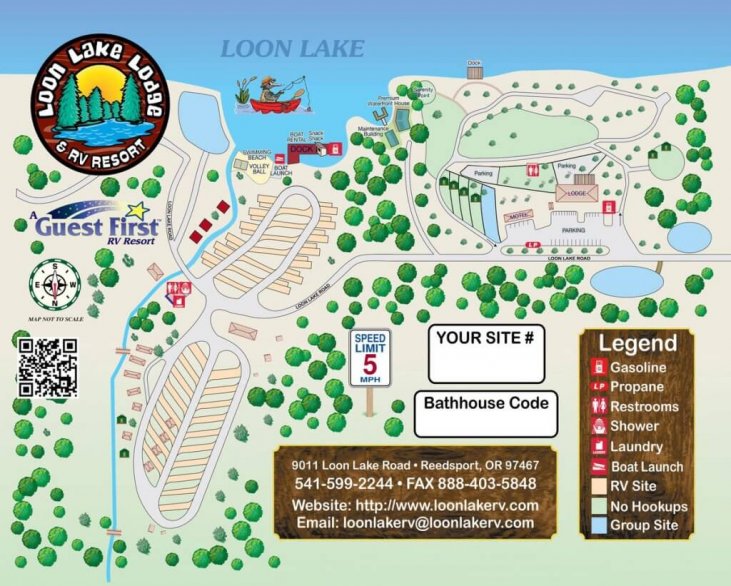